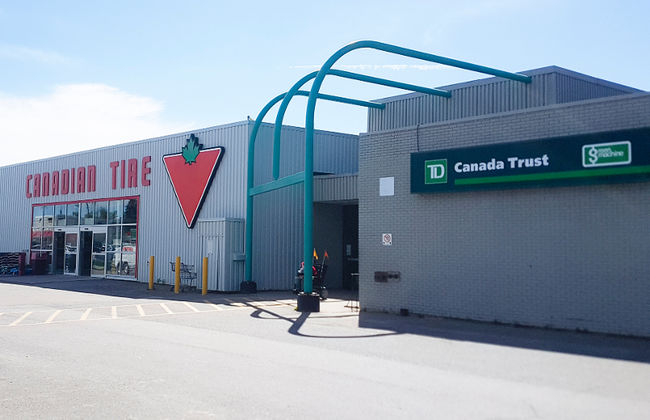 After years in receivership, the Model City Mall now has a new owner in Winchester Real Estate Investment Trust out of Vaughan, ON. The company is part of Virtus Financial Group of Companies Inc.

The deal was finalized early this week.

“We closed on Tuesday,” said Vice-President of Property Management, James Gray. “We figure based on a number of factors, we can make the mall more profitable.”

“We have a number of properties from Florida to Thunder Bay, consisting of about 30 properties ranging from strip plazas to shopping centres to apartment buildings. We usually buy distressed properties, fix them up and fill them up.”

“We’re going to do some relocations and hopefully bring some new tenants to the property and revitalize the property. The former ownership was under a receiver and the receiver’s hands are to a certain extent tied with regards to how much money they can spend. You may a “AAA” tenant come in and say ‘we want 6,000 square feet but you guys have to spend $300,000 to put us in. While that deal may make a lot of sense on paper and to everybody involved, the trustee is not likely to do the deal. That’s not what they do. They minimize losses for the lien holders.

“For someone like us, if that same tenant comes to us with those conditions, it’s a no brainer. If we’ve got the space and we can put it together, we’ll make it happen. We’re very aggressive to put deals together. That’s what our company actually does. We buy properties with upside potential.”

“In Kirkland Lake we put in a 23,000 square-foot Giant Tiger. In Espanola, when we bought the mall it was approximately 50 per cent vacant and that was brought down to two per cent within 23 months through the investment of a couple million dollars. In Parry Sound, the mall was purchased at 50 per cent vacancy and we brought it up to about two per cent, although that’s since changed due to various changes in retail conditions in that city,” Gray explained.

“We recognize the challenges of small towns. Espanola has 5,000 on the (population) sign, Parry Sound has 5,500… we’re used to dealing in small-town Ontario.

Winchester has shown a key interest in Kapuskasing for some time now.

“We looked at buying the Kapuskasing mall two years ago and four years ago, but we never came to terms with them,” said Gray. “But it’s at the level now, where it makes sense to do the deal.”

Gray said while changes are coming, Model Towners shouldn’t expect to see anything overnight or even six months from now.

“It’s going to take a few years,” he commented. “But I think people will find a couple of years down the road that they’re going to have a much tighter, more efficient, well run property than what it has been.”

April 15, 2018
A grand reopening for The Brick Pembroke
Read More